Independence
We spend time assessing skills and, then, adapting tasks because we want our students to complete assignments independently. They feel proud when they can do something all by themselves. After designing structured tasks, watch your students and see whether they can complete these without help. If not, think about new or prerequisite skills to teach or ways to restructure the task so they can manage both the skills and the task independently.

One of this student’s goals was to learn to measure.

Here, he is to match the measuring cup to the appropriately labeled container, fill the cup with the proper amount, pour into the container, and replace the matching lid. His teacher observed, however, that the step with which he was not yet independent was filling the containers with the correct amount. 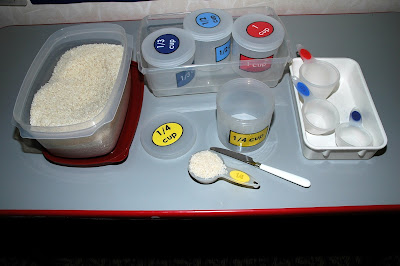 He needed to level the amount in the cup to get the proper measurement. The teacher’s physical assistance and verbal cues were not helping him learn this step. She, therefore, decided to design a task to teach the concept of a level portion in a measuring cup.

In the new task, he looked at pictures of measuring cups and decided whether the amounts were leveled off or rounded. This teaching step helped him return to the measuring job, fill the cup, and level off the amount. His teacher’s taking the time to teach this concept enabled the student to become independent in using measuring cups. 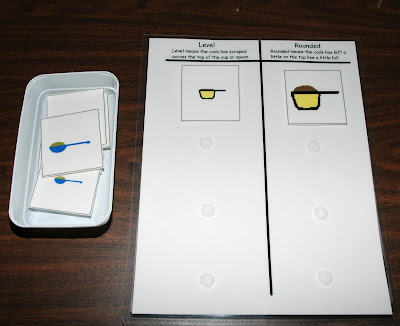 During writing assignments, another student needed continual reminders about putting spaces between his words. His teacher made a spacer out of a tongue depressor with a favorite character sticker attached. The student then independently used this visual tool to monitor his word spacing in writing assignments. Eventually, his teacher realized that he learned the routine of spacing his words and no longer needed this visual cue. 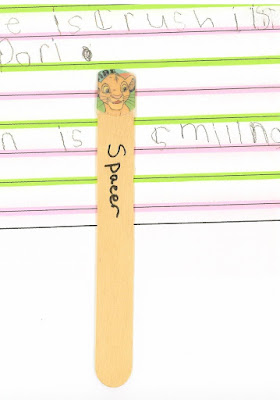 This is a clever task design that allows students to work independently without their teacher’s overseeing the work. After students finish this independent work, their teacher checks whether the spiders they sorted by color fell into the correct cups mounted under each slot. 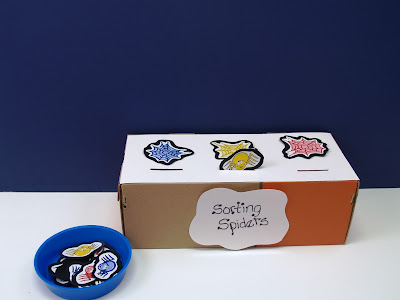 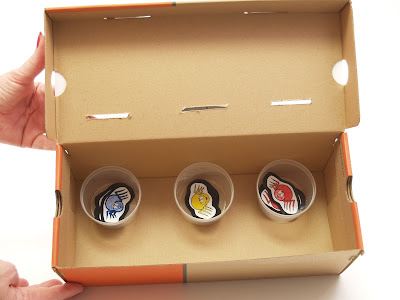 Continually assessing students’ performance, the teacher notes if any student makes multiple errors. If that is the case, the task is redesigned so, perhaps, only two colors are used or objects are used instead of pictures.

Posted by Kat Moncol at 9:12 PM No comments:

February 2017 Task of the Month

This Valentine task is a favorite of ours. It addresses the simple academic goal of halves to wholes but more importantly it helps our students to recognize their classmates and learn their names.

Our students with autism often do not recognize faces of those around them. This can be for many reasons. One reason being that our students may see the details in the world around them but fail to pull these details together to create the whole picture. This inability not only affects their academic world but their social world as well. Failing to see the face as a “whole picture” may also interfere with the student’s ability to read emotions. They may be so focused on one detail of someone’s face that they fail to see that the person is happy, angry, or sad. If I don’t recognize you nor understand your actions, then why should I interact with you?

If we are to build facial recognition and social skills, we may begin with simple tasks like this one. Here the student is presented the task using container organization. The student takes a card from the left, studies the face, finds the matching face from the next container and when assembled places it into the “all done” container. As an added step once this is mastered the teacher may wish to add the students’ names. After mastering this task, a next step may be to pass out the valentines to the friend whose photo is on the card. 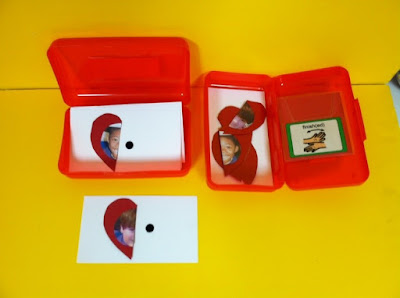 December 2019 Task of the Month

For many families during the Christmas season, routines change. Increased chores and fun activities increase, and excitement builds with... 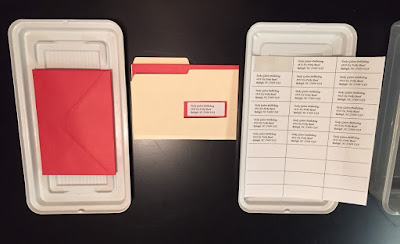